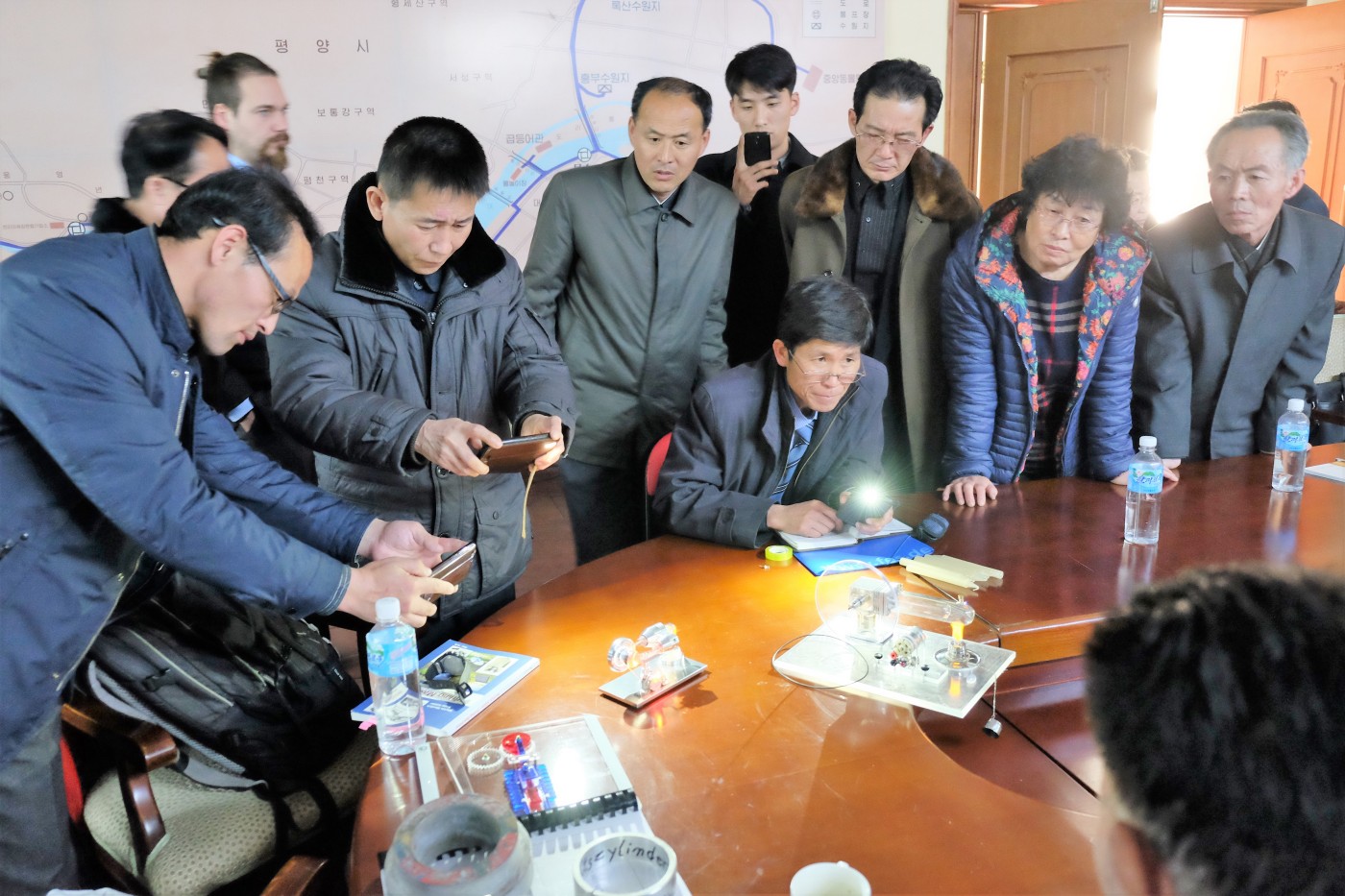 Last March we were in Pyongyang, once again with a co-worker of GAiN Germany and held a workshop on the topic Sterling.

The Stirling engine is a heated gas engine. Our goal is to give the rural population access to some electricity so that people will be able to have some light in the evenings and maybe listen to the radio. The energy should be won from the waste heat of the burners and then be converted to electric energy by the Stirling engine.

The two-day workshop was held in a firm that had already built a first prototype with the help of the Non-Conventional Energy Development Center. About 30 experts from various universities, academies, institutions, and companies turned up for the seminar. It was very nice to see the exchange between the participants after we gave our input. The diverse backgrounds represented in the group led to good discussions and new approaches. We are impressed by the progress and look forward to collaborating with this very special nation and its population in the future. Every time we visit the country manages to surprise and impress us!

Besides the training, we were looking forward to meeting with the people that we had met on former visits: the restaurant manager, the former visiting doctor, but most especially my partners. We talked about our families, showing each other pictures on our phones. Mr. Jang also showed me a photograph on his desk of us both. We both think of each other regularly!

I notice that some of the bosses leave the room when their cell phones ring. The cell phone era has arrived in North Korea. As a foreigner I did not notice many effects of the sanctions other than the price of diesel doubling.

In the Red Cross Hospital we did not only meet last year’s visiting doctor but also his wife who was very pleased to meet us. We were able to give the wife of this year’s visiting doctor a sweet chocolate greeting from her husband. To be separated for so many months with very little communication must be hard!

We were asked if we could arrange some further training in the area of psychiatry for a doctor. The current head of the Swiss Agency for Development and Cooperation in Pyongyang is pleased that things are working out so well with our visiting doctors in spite of the sanctions. He says that there are only few institutions that enable long-term internships abroad and encourages us to continue this endeavour.

In that case I will not run out of work!

Give us your feedback! Cancel reply