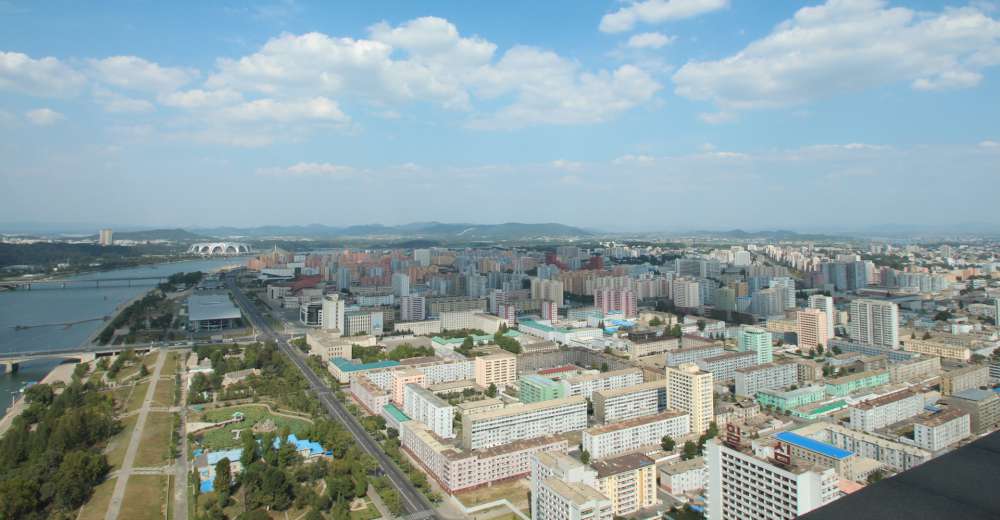 Two Swiss People were on the September 2014 North Korean trip and are telling about their impressions.

When we started for the trip to North Korea, we were looking forward but were somehow anxious thinking about what was awaiting us. In July before we gathered to an information meeting with our guide Daniel. We learnt some details about the interesting history and culture of the country. Mid-September we left Switzerland. Flying from Beijing by Air Koryo we reached the capital of North Korea, Pyongyang.

We were nine of us. During the whole week we were accompanied by two guides and a driver. During the first two days we were in Pyongyang and saw many places of interest, went to the cinema and even visited a church. We also took the underground with its wonderful station halls.

Some of the highlights were visiting agricultural cooperatives tourists normally may not see. We were, e. g., in Kubin where they started making cheese, producing goat dairy products, and educating people for this trade 15 years ago. We were offered delicious cheese and yogurt for degusting. Another excursion took us to the Samri fruit farm which was developed and managed by Daniel for years. There we could taste big Braeburn apples. As Koreans are not offered such a big variety of fruit and vegetables as we are in Switzerland Koreans especially like apples as a welcome change.

A long bus trip took us across the mountain area to the beautiful sandy beach of the city of Wonsan. The landscape is very attractive: mountains, rocks, and after all many gold coloured rice fields laying in the sun. As a group it was important to spend time together at the hotels or by playing billiards. We could discuss about everything we had seen and also pray about it. We saw so much. We especially remember that all the Koreans we met were very friendly, welcoming us heartily. They are a humble-minded people. This is certainly because of their history and they like their country. The people look very unspoilt as there is no publicity of any international make.

It came to our mind that people when speaking about Korea always mean the northern and southern nation. Very interesting, isn’t it? The North Koreans are men such as we are with the same feelings and needs but with less opportunities than we have. Is it so much worse? We do not know. Nor do we understand something about their minds and their happiness. But, as we have just mentioned, we felt much friendliness which is a good example for us. We were more impressed about that than about anything else.

At the beginning of our trip Daniel told us to discuss with God everything we would see and be experiencing, asking him what his opinion was. During this trip we became fond of this people and are still feeling love for them, being eager to learn about what is going on in this country.

Give us your feedback! Cancel reply